Setting up TailwindCSS in a Laravel project 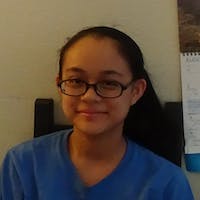 Make sure Composer and npm are installed before you begin! (Note: If you prefer using SASS or LESS, the below tutorial may not be applicable.)

If you haven't set up Laravel yet, follow the steps below. Otherwise, skip these two steps.

Navigate to your project's root folder (cd myProjectName) and run:

The above commands will create a folder named css in resources.

In resources/css, create a file named tw.css (or whatever name you prefer - just be sure to substitute your file's name for tw.css in this tutorial). This file will contain your uncompiled Tailwind CSS. Here, you can add @tailwind base;, @tailwind components;, @tailwind utilities;, etc.

Next, navigate to webpack.config.js in your project's root folder. Add the following code snippet:

Run npm run dev. After Laravel Mix has finished building successfully, you should have a file in public/css containing built Tailwind CSS. To link to this asset in your project, add the following code:

Now you should be all set to go. Happy coding!